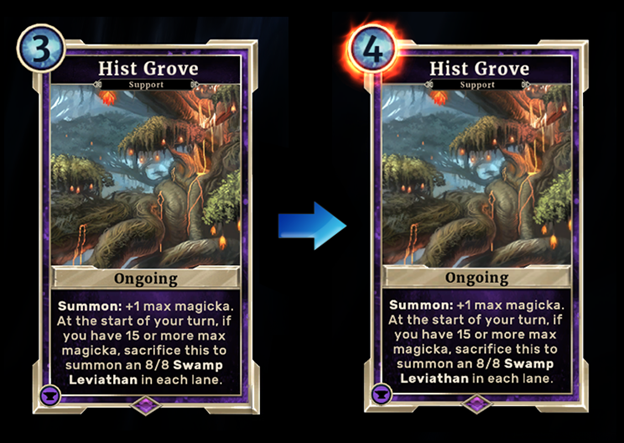 Hist Grove has been a powerhouse in ramp strategies for a long time. In the past, we have been comfortable with how ramp performed. But over the past month, ramp has increased both in popularity and win rate, and so this card and others are getting some chantes to keep things healthy and fun 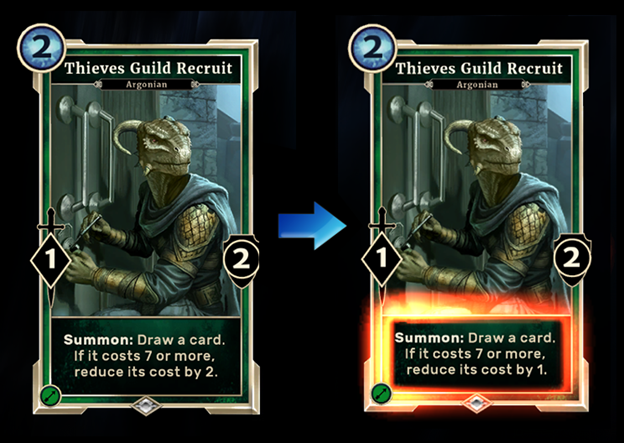 Thieves Guild Recruit is unassuming, but it has been one of the best cards in Legends since the game began. By moving the cost reduction to 1, it should still be satisfying to draw an expensive card without the Recruit deciding quite so many games. 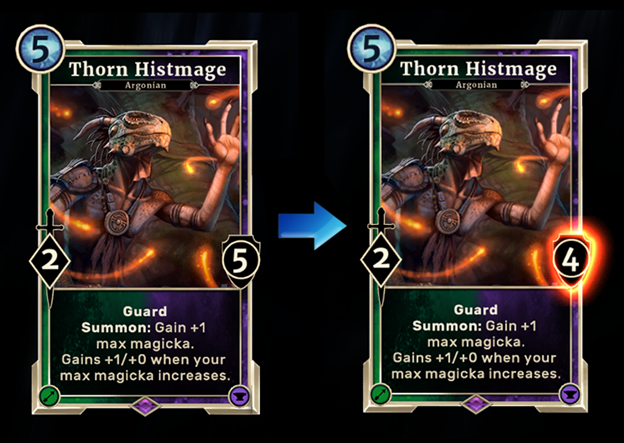 Thorn Histmage is one of the most efficient cards in the game, allowing players to increase their max magicka without falling behind on board. Scout has proven to not need such a clear incentive. At 4 health, Thorn Histmage is still a strong card for ramp decks, but is closer to the power level of other dual-attribute cards. 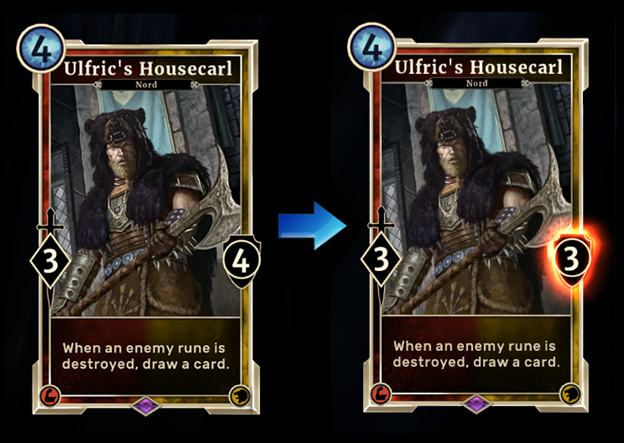 One of our major goals is to make sure that even the most aggressive decks in Legends are playing interactive games and not solely reliant on winning before turn 5. Cards like Crusader’s Assault and Ulfric’s Housecarl help with this goal. That said, Housecarl has proven a bit too efficient, leading to too many games where the aggressive player is ahead on every axis. This small tweak should keep Ulfric’s Housecarl effective as a way to draw cards in aggressive decks while making it a bit less impactful in play. 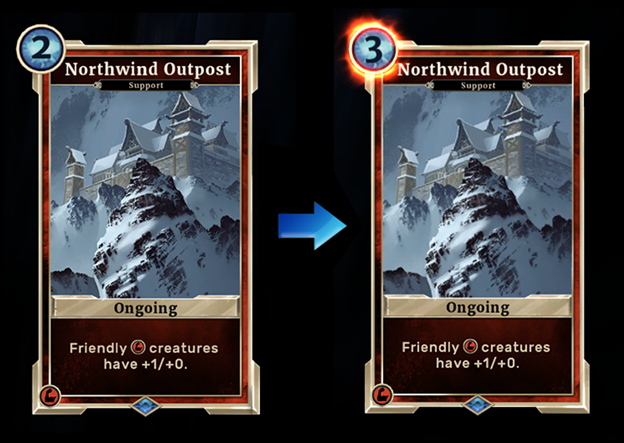 Like many of our one-attribute buildarounds, Northwind Outpost has been improving as more Strength cards get released. In addition, the decks it encourages often abuse Charge to kill their opponent without an opportunity for interaction. At 3 cost, the Outpost is more likely to offer a reprieve from the aggression of heavy Strength decks. 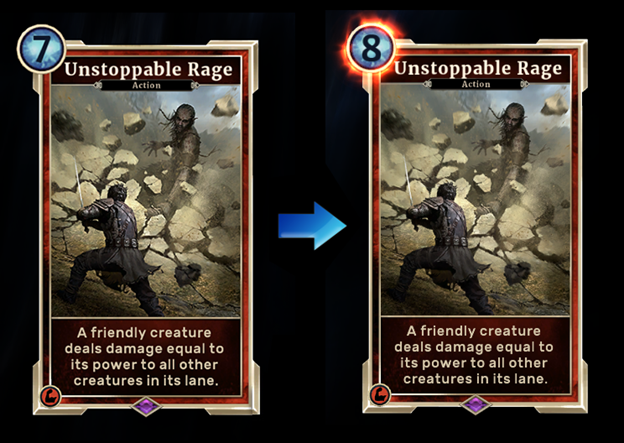 Unstoppable Rage is one of our most controversial cards: Setting up combos with Lethal, Drain, Breakthrough, and movement can be really fun and satisfying, but the huge swings in life total and board state the card can create can be frustrating. In the past, Unstoppable Rage has been played at a rate where we felt comfortable with the experience. Recently, it has gained in both win rate and popularity. At 8 cost, Unstoppable Rage will keep its power, but will be a little harder to use on the same turn with other cards from your hand.