According to the official source, new patch is rolling out, containing numerous balance fixes. 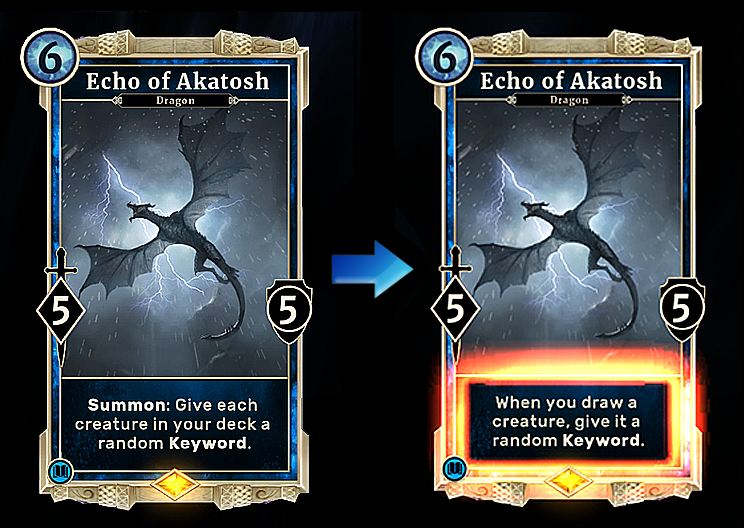 When considering changes to cards, our goals are always to create the most fun game possible. Balance is a big part of that, but maximum fun is always the end goal.

We’ve found that the types of decks Echo encourages tend to not be very fun to play against. With this change, Echo provides more hope for your opponent to draw an answer to it, and may encourage it to be used in different decks. 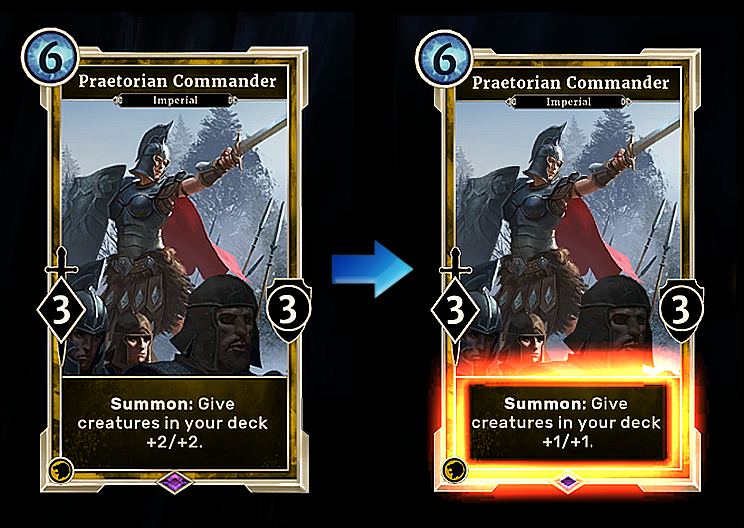 At +2/+2, Commander decks have a tendency to get out of hand and create frustratingly one-sided games. Toning down the ability to +1/+1 creates more potential for close games after a Commander or two have been played. 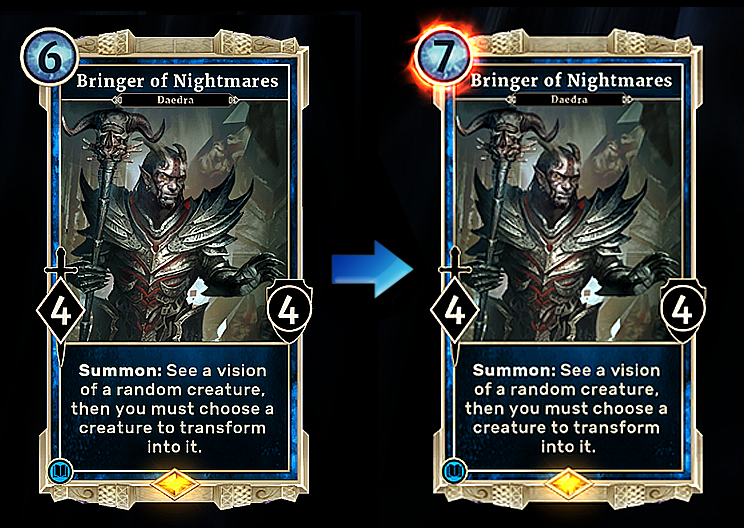 Bringer of Nightmares has been putting up very high win rate numbers. While the card is quite fun to play with and creates very interesting decisions, it is a little stronger than we feel comfortable with given how variable the output is. 7 cost is a better spot for it. 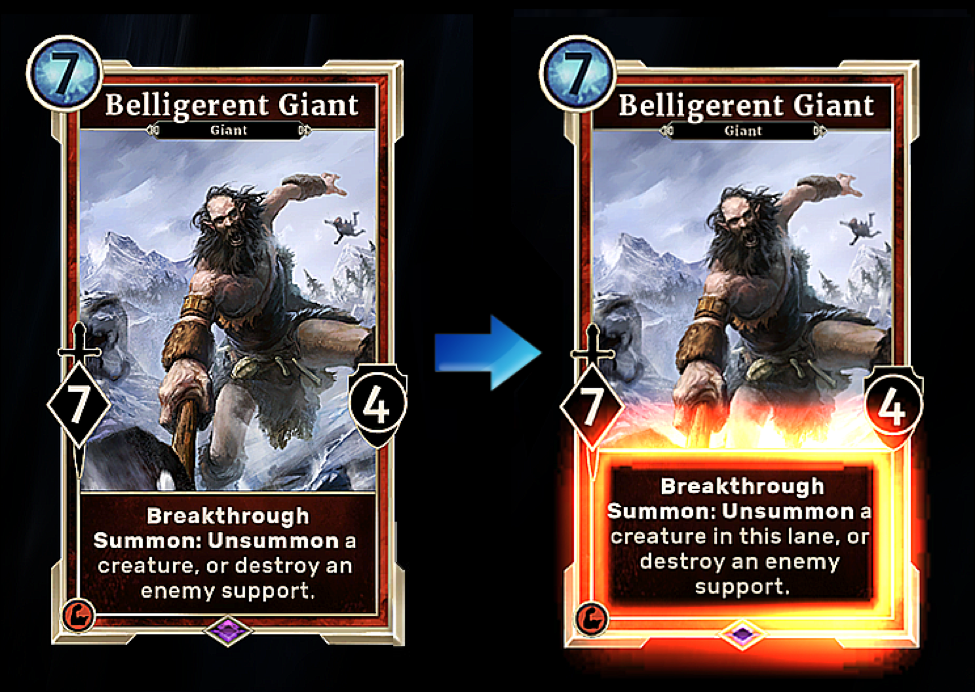 Belligerent Giant has consistently been one of the best performing cards since Legends came out of open beta. Coincidentally, the Giant has also received two small buffs from general design changes. First, by making its ability cancelable, and second by making it able to unsummon friendly creatures.

While the Giant does a lot of good things, it does discourage players from playing with expensive creatures that don’t have summon abilities. Cards like Quin’rawl Burglar and Indoril Archmage get heavily punished by enemy Giants.

We think this change will keep a lot of the things we like about the Giant while encouraging more interactivity when playing with and against it. 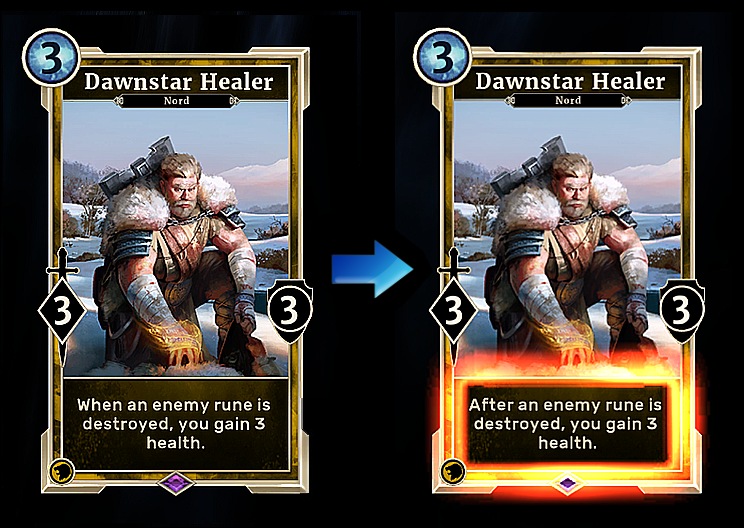 Leafwater Blessing and Thieves Guild Fence were mentioned in the 65.1 Patch Notes, and they will also be available for sellback until August 1.