This nerf is not what we were expecting for several month, but it is what it is. So, here is nerf description by Admins: 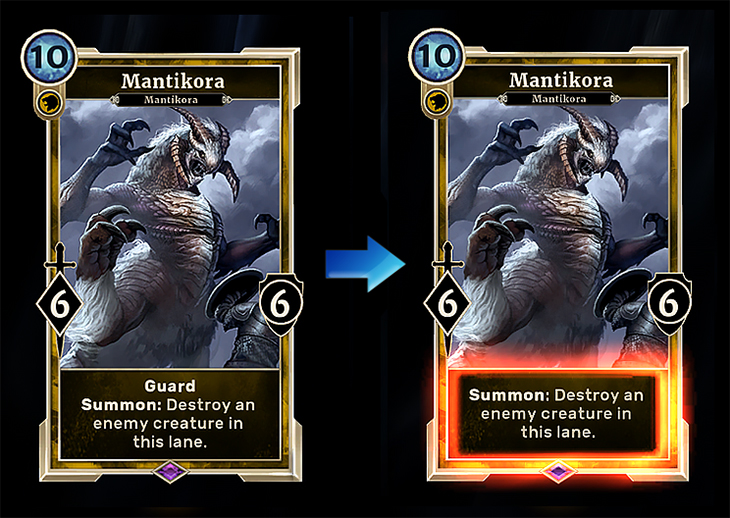 Mantikora has long been a staple of Willpower decks looking to control the game, invalidating your opponent’s best creature and stopping remaining attackers in the lane. With this change, Mantikora will still provide tremendous value and ability to swing a game back in your favor, but will be less effective at locking out your opponent’s ability to attack you.

Tribunal Control decks that attempt to kill every threat their opponent plays have become exceedingly popular and effective. This type of deck can be demoralizing to play against when it controls the game with Guards and removal, never attacking their opponent. Without Guard, Mantikora will encourage these decks to finish games once they’ve established some control. 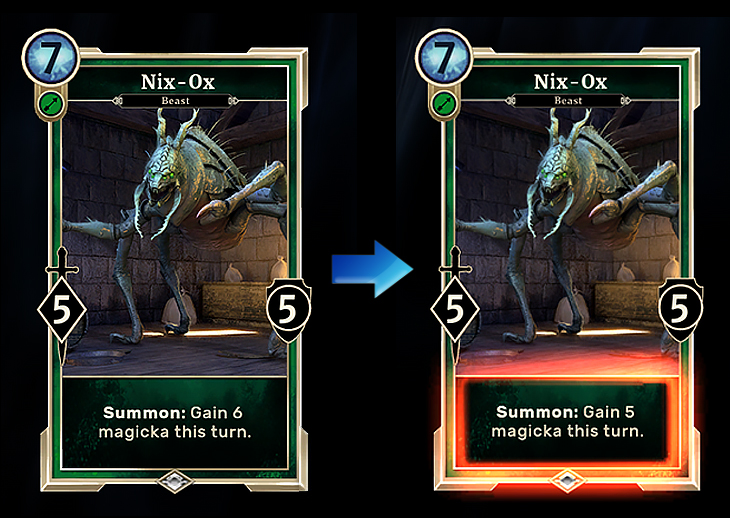 Nix-Ox has been used in powerful Combo decks with Ulfric’s Uprising and other ways to retrigger its Summon. Decks that run up against the turn timer on a regular basis and win with combinations from no board presence can be frustrating to play against. This change retains Nix-Ox’s effectiveness as an enabler for Plot and Dagoth cards, while greatly impacting how powerful it is in combination with Ulfric’s Uprising and similar cards.